All About Indoor Air Quality or Frequently Asked Questions
Tweet

Letters & Phone Calls From Our Customers

UV Air Purifers - Made in America 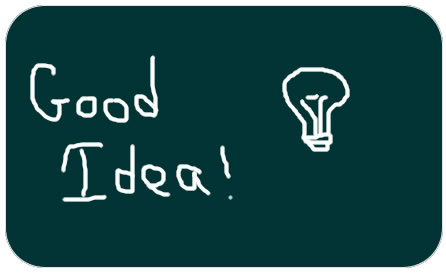 From vehicles to single storefronts to entire warehouses, oil rigs, ships and beyond, we've been making custom products for our clients when an off the shelf product doesn't fit the job.

If you're a contractor or an enterprise business and need UV lights for air sanitation, sterilization or purification we can design and manufacture UVC light systems that custom fit your application.

To get started simply follow our 'contact' button and fill out the form describing what's needed. We'll reply within 24 hours with the information we need to get you a free quote. Eventually, we'll ask for the following:

Sick building syndrome, at the workplace, is known to reduce employee productivity and reliability. Employees are often found to use more sick days in a sick building.

<-- Get a free quote on a custom built UV sterilization system for your facility.

Often when employees work in a sick environment they feel a sense of relief after leaving work. Many times the problem is evident when employees continually complain of ongoing headaches, nausea, coughing, dry skin (or itchy skin), problems concentrating on their work, eye and nose irritation, dry throat, fatigue, and increased sensitivity to odors.

Learn more about SBS and what you can do about it with our past research on Sick Building Syndrome.

UV Purifiers for your Home 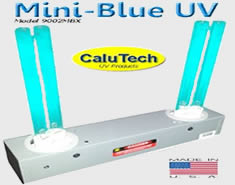 Kills germs like bacteria & viruses. These are also used in Ambulances and mobile medical vehicles for air sterilization & reduction of airborne viruses. 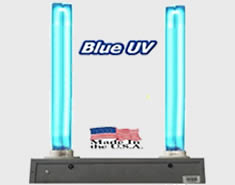 Kills bacteria & viruses along with weak mold. Can also be used in larger areas but one system should be installed in each air handler (where multiple HVAC systems exist). 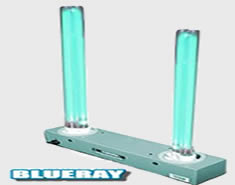 For homes 1,000 to 4,000 square feet. Features more power for destruction of mold spores. Manufactured since 2004.

ask a question, request a quote or send a review

Our products are manufactured in
Orland Park, IL. - Made in USA